I had so much fun making this cute Easter centerpiece craft! Using all materials that I bought at Dollar Tree, I was able to put this together very quickly.

My mom, sister, daughter and I decided to have some fun one day at the cabin. We had a friendly competition to make a craft item using only things purchased at Dollar Tree. This was my project!

I love how cute and clever this is. I’ve seen variations of the wheelbarrow idea, but I haven’t seen anyone else use trowels for handles. The other projects I’ve seen have used anything from dowels to paint stir sticks for handles. I like the look of the trowels but if I was more adventurous I would probably remove the spade (the shovel part). I’m not sure how I would attach it then. I really need to learn to weld. Ha ha ha!

I used hot glue to attach the base, handles and planter. However, my husband recommended using a bit better glue or adhesive such as JB Weld. But, I’m not sure I even care if it stays together longer than Easter dinner!

I’ve also seen people use different things as bases. For example, I’ve seen them done with mason jar lids as the wheel. It was very cute, but I didn’t find mason jar lids at Dollar Tree so I couldn’t use that for our little game. Of course, you can do whatever you’d like!

Everything was purchased at Dollar Tree, for $1 each. 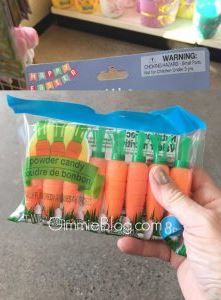 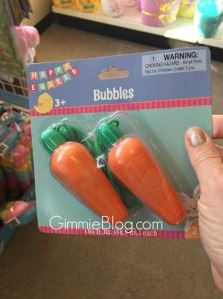 As I said before, I used hot glue and it did not hold up. Then, I tried velcro to attach the shelf bracket to the trowels and planter. It sort of worked but really isn’t strong enough. I was trying so hard to use only Dollar Tree materials that I might have sold myself short. Something stronger like Loctite  or JB Weld would probably work much better.

They had different color trowels, so if you’re not wild about the green you could choose something else. They also had pink bunnies instead. I liked these bunnies because the tail was so cute. The other plush toys they had were different and not quite as good for a nice bunny butt effect. 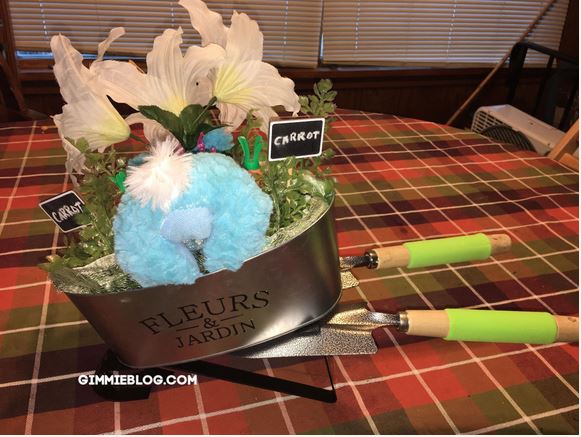